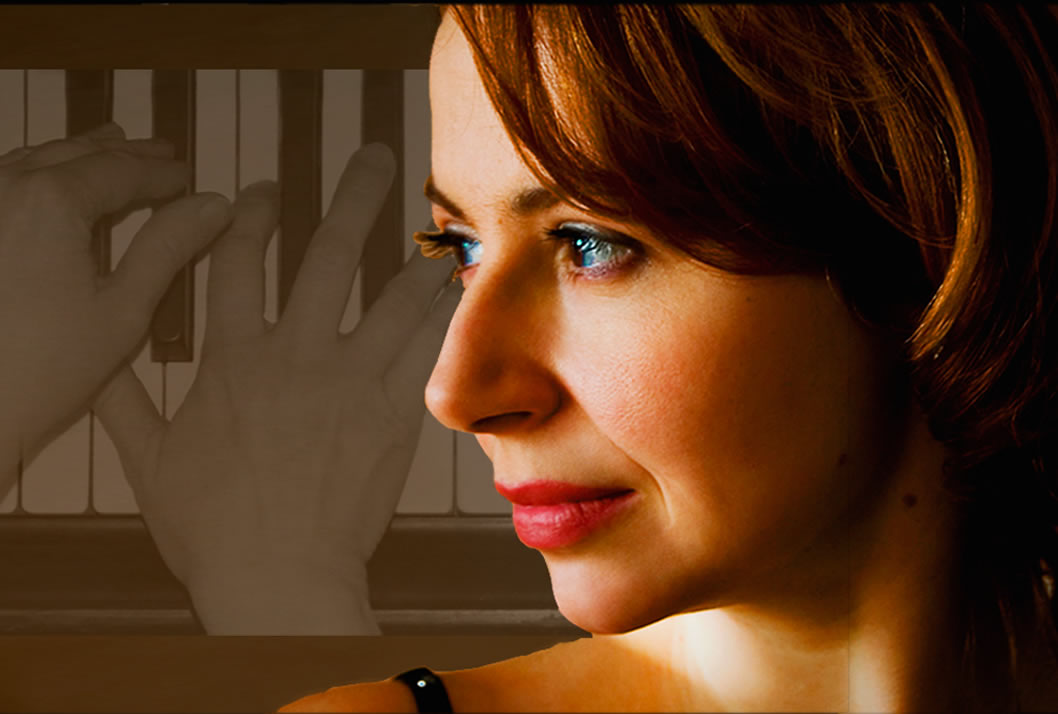 
The piano has been the midpoint of Nataša Veljković's life ever since she was four years old. After her studies with her »musical father« Prof. Arbo Valdma in Belgrade, at the age of fourteen she was accepted to the class taught by Prof. Paul Badura-Skoda at the University of Music in Vienna, where she completed her studies with distinction at the age of nineteen. She continued her formation in artistic consultations with Nikita Magaloff and further studies with Prof. Rudolf Firkusny at the Juilliard School in New York and Prof. Harry Datyner at the Geneva Conservatory, where she earned her second Master of Arts degree.

Even before she was ten years old Veljković won first prizes at the international youth competitions in Capua and Senigallia – both in Italy. At eleven she celebrated a sensational success in a performance of Maurice Ravel’s Piano Concerto in G major with the Zagreb Philharmonic. Her extraordinary accomplishments as a pianist have also brought her many other distinctions. The list includes the first prize (and only prize) at the Clara Haskil International Competition, one of the most important piano competitions, in Vevey, Switzerland, when she was seventeen and the first prize at the World Music Masters in Paris. Many other forms of recognition followed – such as the Orlando Prize for the best concert at the Dubrovnik Festival and the UMUS Prize (Belgrade) for the most successful concert of the year.

She has taken part in many European festivals. Here the list includes the Montreux Festival, Berlin Festival, Chopin Festival in Poland, MIDEM Classique in Cannes, Juventus in Cambrai, and Toulouse Festival in France, Algarve Festival in Portugal, Attergau Culture Summer, Carinthian Summer, International Chopin Festival in Gaming, and Haydn Festival in Eisenstadt in Austria, Dubrovnik Summer Festival in Croatia, BEMUS in Belgrade and NOMUS Novi Sad in Serbia, and Istanbul Mozart Festival. At Vienna’s Konzerthaus she regularly appears in the "Music und Dichtung" (Music and Literature) cycle. Her performance of Beethoven’s Triple Concerto at the Sava-Centar in Belgrade was named the best concert of the year 2010 by the prestigious NIN magazine.

During recent years Nataša Veljković has recorded numerous CDs. Her CDs with piano compositions by Franz Liszt, Wolfgang Amadeus Mozart (Zulus Records), Clara and Robert Schumann, and Joseph Haydn (piano concertos with the Camerata Janáček ) (Gramola). In 2013 Nataša Veljković released several CDs on the cpo label: a piano concerto by Antonio Rosetti with the Southwest German Chamber Orchestra of Pforzheim led by the conductor Johannes Moesus, and piano concertos by Ignaz von Beecke (premiere recording) with the Bavarian Chamber Orchestra of Bad Brückenau under the conductor Johannes Moesus. In 2014 she recorded the complete oeuvre for solo piano of Dora Pejacevic for cpo, in 2015 she recorded a piano concerto by Francois-Adrien Boieldieu in Lugano with the Radio Svizzera Italiana under the conductor Howard Griffiths.